Donor-Advised Funds: How to Use to Reduce Taxes and Give to Charity 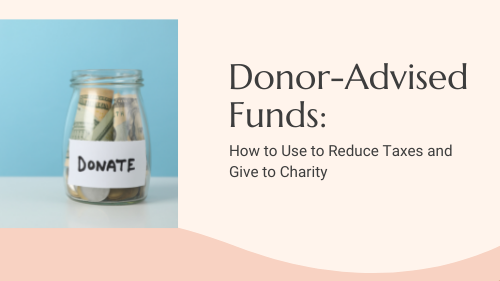 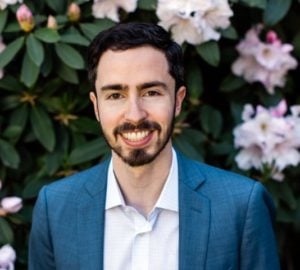 Have you ever wondered if there was a better way to give?

Do you get tired of tracking receipts, writing checks, and inputting credit card information on charity websites?

$100 here, $50 there, and by the end of the year, I’m trying to remember and track down the charities to which I donated.

A donor-advised fund can help.

A donor-advised fund is a way to simplify and potentially make your giving more tax-efficient. Plus, it could save you time and avoid the hassle of tracking receipts at tax time to claim tax deductions.

What is a Donor-Advised Fund?

A donor-advised fund is an account with a public charity where you contribute cash, investments, or other assets. You can take an immediate tax deduction for those contributions, and the funds can be invested for tax-free growth. Then, you can recommend grants to IRS-qualified public charities.

Donor-advised funds are particularly appealing because you can contribute highly appreciated investments held longer than a year and avoid having to recognize the long-term capital gain on that investment.

By contributing the investment to the donor-advised fund, you avoid having to pay the capital gains tax and then when it is sold inside the fund, it is sheltered from taxation. I’ll explain more in the case study later.

Where Can You Open a Donor-Advised Fund?

There are many sponsoring organizations, such as Schwab Charitable, Fidelity Charitable, and Vanguard Charitable. Each of these are a 501(c)(3) public charity, which means contributions to the accounts are considered charitable donations.

What Can You Contribute to a Donor-Advised Fund?

You can contribute a wide variety of assets to a donor-advised fund. Ultimately, it’s up to the sponsoring organization to decide which assets they will accept, but it’s much more than cash and stocks.

Below are a list of possible assets you could contribute:

While you can contribute cash, it’s usually one of the least tax-efficient ways to give.

If you have assets that have been held longer than a year and have appreciated in value, it’s normally better to contribute one of those assets because you may need to sell it one day, which would recognize the capital gain.

For example, if you have an asset worth $100 (doesn’t matter the asset – stock, real estate, business interest, etc.) that you bought for $10, you have a $90 capital gain.

You get an immediate tax deduction for the full market value for any long-term investments.

It’s crucial that any assets you donate are held for more than a year.

If you donate an asset held less than a year, it is considered short-term, and you can only deduct the cost basis (what you paid for it).

For example, continuing the example from above, if you donated an asset worth $100 that you paid $10 for, but you held it for 365 days or less, you can only deduct $10 – not $100. If you waited until you owned it for more than a year, then you can deduct the fair market value on the date of the donation.

For those who are very charitably inclined or who have lower incomes, it’s important to be aware of the tax deduction limits.

If you are giving cash, you can only deduct up to 60% of your adjusted gross income (AGI).

If you are giving stock or real property, you can only deduct up to 30% of your AGI.

If you contribute more and are unable to deduct the full amount in the current year, you can carry over the unused amount to deduct for up to five years. If you haven’t used the full deduction in the five years, you lose the remaining amount. It does not carry forward.

Another benefit of using a donor-advised fund is using a “bunching” strategy.

The benefit of this strategy is that they can deduct the full $25,000 in the current tax year (assuming they are within the AGI limitations), and they can give the $5,000 as they normally would to various charities. I’ll go into more detail about this strategy in the next section and in the hypothetical case study at the end.

Deciding How Much to Contribute to a Donor-Advised Fund

One of the most common questions is, “How much should I contribute to a donor-advised fund?”

The answer is not simple. It depends on the tax situation and a person’s comfort level with gifting higher amounts.

Some people give a years’ worth of charitable gifts. I’ve seen others make a donation that may cover their own lifetime and multiple generations.

In general, I’ve found most people are not comfortable giving more than 5-10 years’ worth of charitable gifts in a single year. For example, if someone gives $5,000 per year, they may not want to give more than $25,000-$50,000 to a donor-advised fund in a single year.

However, there is nothing special about the 5-10 years worth of charitable giving. It’s okay to give more. I find most people can wrap their heads around that amount of gifting, and it’s not too far into the future to make it uncomfortable.

Don’t forget to take into account deduction limits and how much you can itemize on your tax return.

Analyzing Your Tax Situation to Decide

A better way to decide is to look at your own tax rate today and compare it to your estimated tax rate in the future.

For example, if you are in a particularly high tax bracket today because of a large Roth conversion, deferred compensation payout, or other income, you may be in the highest tax bracket you estimate you’ll ever be in.

It makes more sense to use a donor-advised fund when you are in a higher tax bracket. They can even be used by coordinating the bunching strategy with a Roth conversion to help reduce your taxes while shifting part of your portfolio to grow tax-free.

Ann and Oliver give about $5,000 per year to 20 different charities. They enjoy giving to charity, but find tracking 20 different donations to be a big hassle.

Plus, they are giving cash, and they heard from their friend that they should look into giving highly appreciated investments. They started a brokerage account more than a decade ago and most positions have significant gains with the strong market growth of the past decade.

Their house is paid off, which means they don’t have any mortgage interest to deduct. They have about $10,000 worth of state and local taxes. Combined with charitable giving, they only have about $15,000 worth of itemized deductions, which is not larger than the standard deduction of $30,700 for two people over the age of 65 in 2023.

This means they are not receiving any tax benefit for their charitable giving.

While they give for the sake of giving and not for the tax benefit, they learn they may be able to use a donor-advised fund to get a tax deduction from their charitable giving.

Setting Up A Donor-Advised Fund

After learning more, they decide to set up and fund a donor-advised fund with 10 years’ worth of gifting, or $50,000.

Instead of selling investments with capital gains, paying the tax, and then contributing cash, they decide to fund the donor-advised fund with highly appreciated investments that have been held longer than a year.

Once they fund the account, the investments are sold and no capital gains taxes are due because the investments were sold inside the charitable account. Once sold, they selected the option to have the proceeds invested into a globally diversified portfolio.

They want to invest the funds because they have a 10 year timeframe and are comfortable taking some stock market risk to grow the funds, which will allow them to give more over time.

Going forward, they can login to their account and make a grant recommendation to the 20 charities they normally support. It’s as easy as a few clicks, and the sponsoring organization issues a check to the charity.

They don’t need to track receipts or how much they are giving.

Because they gave $50,000 worth of charitable contributions and have $10,000 worth of state and local taxes, their total itemized deductions are $60,000.

They now have enough itemized deductions to not claim the standard deduction.

Finally, they are receiving a tax benefit for their charitable giving.

They are also proactively doing Roth conversions to the top of the 24% tax bracket because they estimate they will be in the 28% tax bracket in 2026 when tax rates revert to 2017 levels adjusted for inflation. The 2017 tax rates are higher than the current tax rates.

Since they have higher itemized deductions this year from the bunching of charitable contributions, they decide to do an even larger Roth conversion to fully use up the donor-advised fund contribution.

Normally, the extra Roth conversion would have bumped them into the 32% tax bracket, which meant they were saving taxes at a marginal rate of 32%. This means they saved an estimated $16,000 in taxes ($50,000 fair market value times 32% marginal tax bracket) from the donor-advised fund contribution.

Ann and Oliver appreciated their new charitable giving strategy. They were able to:

Donor-advised funds don’t make sense for everyone, but for people who normally give to charity and have appreciated investments, it is worth considering. For Ann and Oliver, they saved on taxes, simplified their giving, and were able to coordinate it with a Roth conversion tax strategy to likely reduce their future tax burden.

Opening a donor-advised fund is normally a fairly easy process and can be opened with no minimums with some sponsoring organizations.

The administrative fees are reasonable (often 0.6% of the account value annually or $100, whichever is greater), and the donor-advised funds can accept a wide variety of investments.

With market growth over the past decade, many people have highly appreciated investments that would be excellent sources of giving instead of cash, checks, or credit cards.

As with any financial planning or tax strategy, it’s important to analyze your own situation, run mock tax projections, and determine if contributing a donor-advised fund would be beneficial in your situation.

They are also a great strategy to use in coordination with other tax planning strategies, such as Roth conversions.

What step will you take to decide if a donor-advised fund is right for you?

PrevPrevious5 Steps to Help Protect Your Credit as a Widow
Next529 Plans: The Complete Guide to Saving for CollegeNext 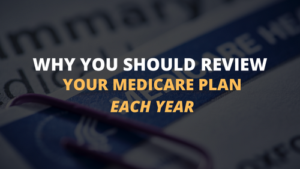 Why You Should Review Your Medicare Plan Each Year

It’s that time of year where you should start to receive your Medicare “Plan Annual Notice of Changes” (ANOC). It usually arrives sometime in September 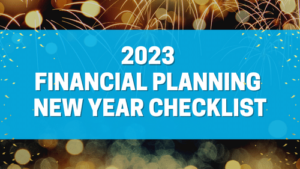 You’re retired, and it’s the start of 2023. What is on your financial planning New Year’s checklist? Instead of waiting until the end of the